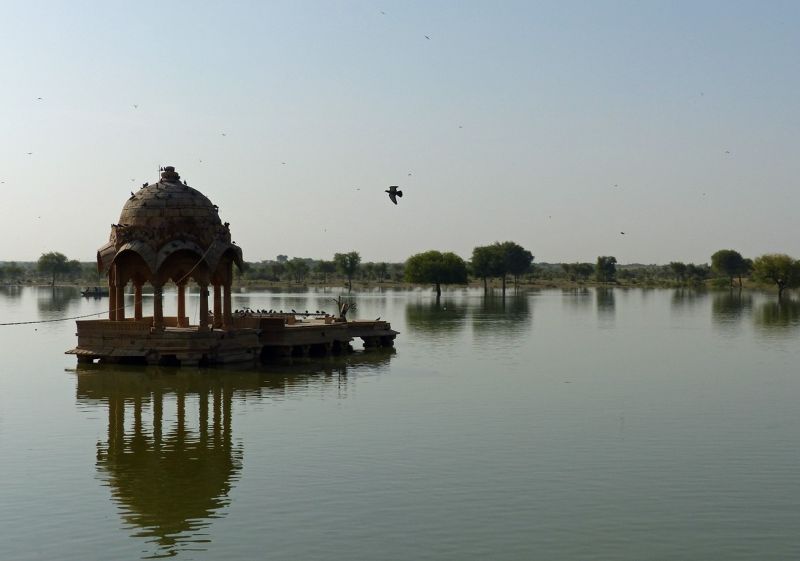 Picture India, and you are quite likely picturing Rajasthan. A land of ruined fortresses and long-abandoned palaces whose stones speak evocatively of past maharajas. A desert land where rural life is tough and little-changed over the centuries, yet vibrant and full of colour. A land whose people know how to celebrate and how to welcome strangers.

There is also an excellent tourist infrastructure, so it is an easy place to visit. Many of those old forts and palaces have been converted into hotels, ranging from the rather special to downright luxurious. The cuisine is varied and excellent, there is music and dance wherever you go and people are friendly and keen to engage with you. The distances between the major cities, though sometimes long, are easily covered by car or train, or on a tour, so you can see a lot in a couple of weeks, as we did. 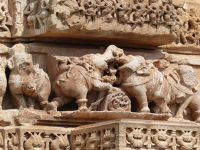 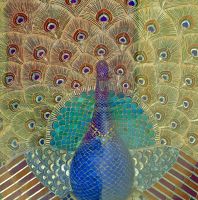 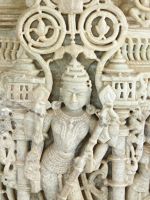 Our trip to Rajasthan was a private tour with a driver, Mehar, who stayed with us throughout. In most of the cities we visited we also had a guide, but in some, where no sightseeing tour was included, we had what little assistance we needed from Mehar, as we did also on the road if we made sightseeing stops.

We originally planned on doing a group tour in India - not because we prefer travelling with a group (though we have enjoyed a few such tours in the past) but because my parents' frail health at that time made booking not too far in advance a priority and therefore organising a tailor-made tour somewhat harder. But when we contacted TransIndus about their "Rajasthan: Land of Kings" tour, which seemed to visit a good selection of major sights but also the off path places that interested us just as much, we were told that no one else had booked that tour for our chosen dates and that for an additional £125 per person we could do it as a private tour. We wouldn't have a guide to accompany us throughout, but would travel in a car between all the places on the route and have a guide in each. That seemed a good deal to us so we booked the tour and also a suggested extension to take in Ranthambore for (hopefully) some tiger-spotting. The places we visited included a couple outside Rajasthan, but I include them here for the sake of completeness:

A tribute to Mehar, our driver 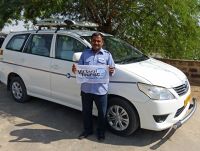 We first met Mehar in Delhi, where, along with our guide there, Rajesh, he met us at the airport on arrival and the next day drove us around the city, coping admirably with the challenges of the manic Delhi traffic. He then drove down to Agra, meeting us off the train there the next day and driving us on our sightseeing tour there too. But it was only on the following day, when the three of us set off together on the long drive to Jaipur without an accompanying guide, that we started to get to know him. We were to find that when a guide was with us Mehar largely kept quiet and focused only on driving, but that once alone with him he would become not only driver but also unofficial guide, telling us a lot about the places we were passing through and about the way of life in India. We also learned about him and his family - his village in the north, his wife and children, his life as a driver. In return he asked us about England - what it was like to drive there (very, very different from India, we said), houses, lifestyle.

Throughout our tour he looked after us very well; he drove safely (by Indian standards!), recommend good places for us to grab some lunch or a cold drink (none of which caused us any health problems) and was always willing to stop for photos when we asked, and to spot good photo opps even when we didn't - antelopes, camels, farming activity, etc. He also added a few additional sightseeing stops not on the TransIndus itinerary, such as the Demoiselle Cranes at Khichan.

Mehar is not an employee of the tour company but a freelance driver, and he also arranges and leads tours himself. He doesn't profess to be an expert guide to the historical sites, where he instead arranges local guiding or audio guides, but he has more than enough knowledge about the many destinations of interest to tourists to be able to both organise a tour and provide general guiding and information as you travel, based on our experience. If you'd like to cut out the middleman and book a tour in northern India directly with an excellent and experienced driver, you could do far worse than contact Mehar via his website: Raj India Tours

Our time with Mehar ended when he dropped us at the Tiger Den Resort in Ranthambore. We were sad to say goodbye to him, but very happy to see him again briefly when we bumped into him at the station in Delhi where he was picking up another couple of tourists who had been on the same train as ourselves. They will have had a safe transfer to their hotel, I am sure, but they weren't as fortunate as we were to have had the pleasure of travelling with and getting to know a great driver, Mehar Chand. 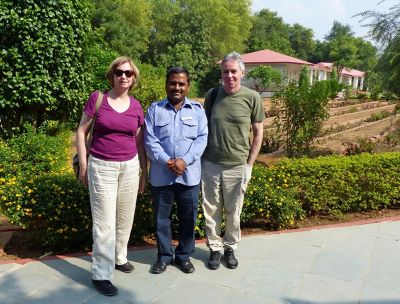 With Mehar in Ranthambore

One reason for choosing the tour that we did was that it would take us to some of the smaller, less visited towns and villages of Rajasthan. We were interested not only in seeing the major sites such as the Amber Fort , and the famous cities of Jaipur, Jodhpur and Udaipur, but also in seeing how people lived and meeting some of the locals. Driving between the cities with Mehar we were able to stop from time to time to take photos, and he was keen to help us see a variety of aspects of rural life in the state and quick to understand the photo opps we were interested in and to find them for us. 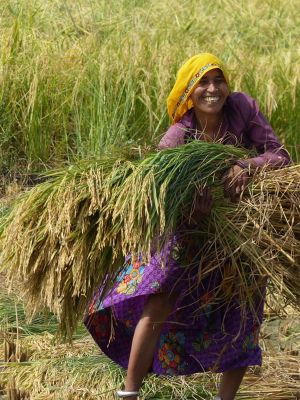 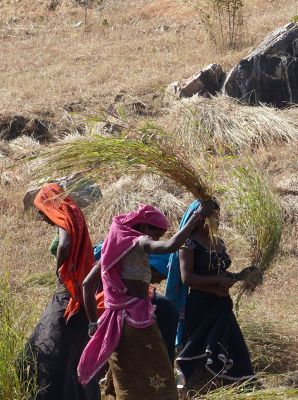 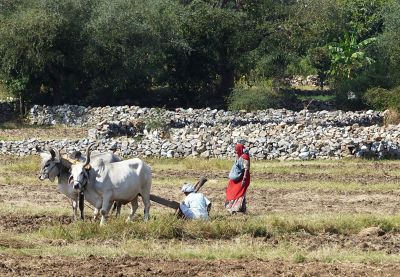 Life is tough in many parts of this largely desert state. Families do manage to grow some crops but it is hard work, especially as many have to work without modern machinery. We saw them ploughing their fields with oxen or buffalo, irrigating those same fields with an ox-driven waterwheel, cutting and threshing by hand, transporting the crops on a camel cart. But wherever we stopped to take photos we got smiles and waves. People were sometimes amused by our interest but never offended by it. Where we got especially good photos we offered a few rupees in thanks, which were usually received with a smile but on at least one occasion politely refused (though Mehar persuaded the lady to accept). We got some great photos and they got something which we hoped was of use to them in return.

The faces of Rajasthan

Wherever I travel I like to indulge my enthusiasm for street photography, shooting candid pictures of the local people. Unlike many places we have visited, I found everywhere in Rajasthan that even if people spotted my camera they seemed happy to let me continue to snap away, only occasionally indicating that I should refrain from taking their photo. And many were happy, even keen, to pose for photos, like the woman in traditional dress in my main photo here whom we met in Narlai. In fact all of these photos were taken with the subject’s permission apart from the third, which was snatched on the streets of Jodhpur. 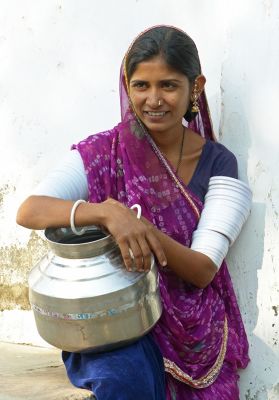 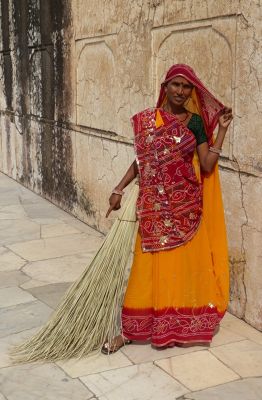 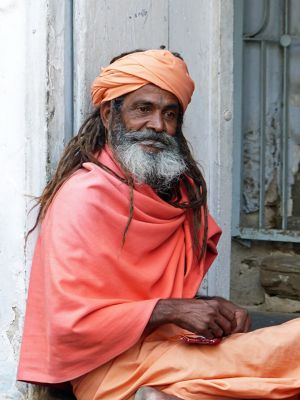 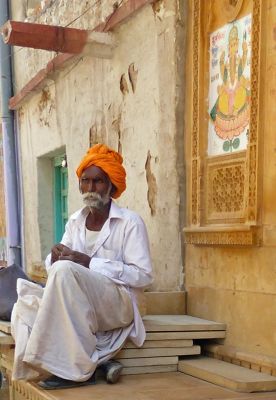 We were also often approached with requests to appear in other people’s photos. We posed with young school boys in Chittaurgargh, a family in Jaipur, another family in a restaurant car park (see photo below - they all piled out of their minibus to pose with me!), fellow tourists in the Sahelion Ki Bari gardens in Udaipur and at Fatehpur Sikri. Mehar joked that we were becoming more famous than a Bollywood star! 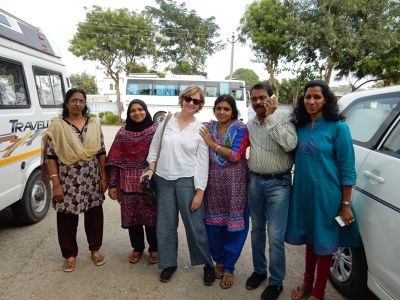 I hope this entry has whetted appetites for what will follow as I describe our journey through Rajasthan: Land of Kings ...

So very good to see your wonderful photos here again :-))

You capture the colourful aspects of India well. Yes, you were very wise to have your own car and driver - it's a great way of seeing the country.

Thank you both :-) It will take a while but I plan to have at least a few of my VT pages resurrected in this way!

The people's clothes are so colourful. Without ever having been to India, I feel India and colour sort of go together.

You're absolutely right Irene - India is so colourful and intense

Certainly has whetted my appetite -

Thanks Albert. Mehar was really excellent and I'm pleased to be able to recommend him here now that my VT review doing so has been lost